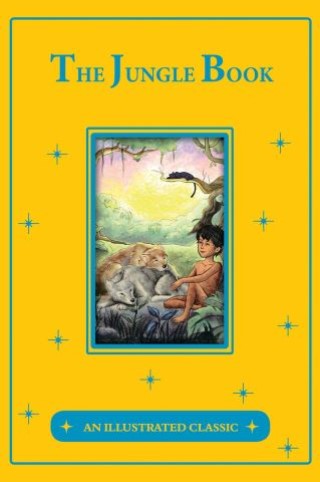 A beautiful collection of stories set in India by Rudyard Kipling

Nobel Laureate Rudyard Kipling drew on his experiences growing up in British India to write this collection of fables. First published as a book in 1894, the stories of Mowgli, who was raised by wolves in the jungle, and Rikki Tikki Tavi, a wild mongoose that devoted himself to a human family, have been adapted several times to film, television, and other media. This edition features beautiful color illustrations throughout the book. It is a welcome addition to any home library and is sure to become a treasured title.

Rudyard Kipling: Joseph Rudyard Kipling was an English short-story writer, poet, and novelist. He is chiefly remembered for his tales and poems of British soldiers in India and his tales for children.