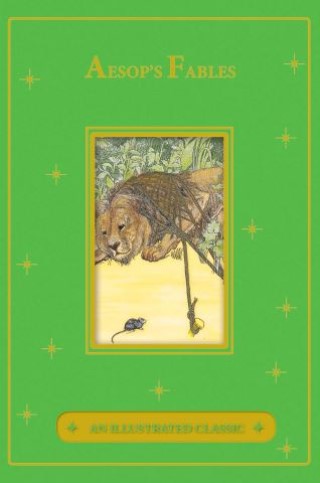 An illustrated collection of charming stories to entertain all ages

Aesop is credited with many fables that have endured for centuries, relating morals and truth to young and old using animals as the main characters in each story. This collection of 100 tales, with color illustrations and black-and-white art by Percy J. Billinghurst throughout, is a beautiful addition to any home library.

Aesop: Aesop was a fabulist or story teller credited with a number of fables now collectively known as Aesop's Fables. Although his existence remains uncertain and (if they ever existed) no writings by him survive, numerous tales credited to him were gathered across the centuries and in many languages in a storytelling tradition that continues to this day. Many of the tales are characterized by animals and inanimate objects that speak, solve problems, and generally have human characteristics.