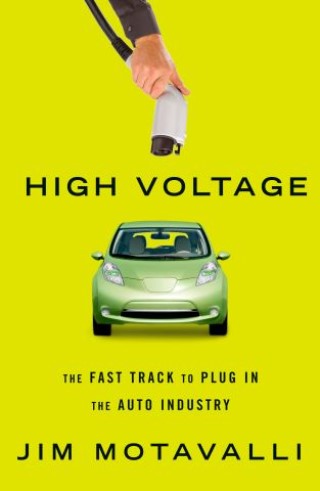 The Fast Track to Plug In the Auto Industry

A behind-the-scenes look at the robustly competitive race to dominate the market for electric cars, the larger-than-life moguls behind them, and the changes that are transforming the auto industry

In the 1980s, it was unimaginable that the home computer would become as common and easy to use as a toaster. Today, plug-in charging stations and smart grids seem like something still far off in the future. But by 2020, the auto industry will look very different from today's field of troubled auto giants. The combination of technological breakthroughs and charging networks driven by global warming and peak oil makes it clear that revolutionary change in the auto industry is happening right now.

In High Voltage, Jim Motavalli captures this period of unprecedented change, documenting the evolution from internal combustion engines to electric power. Driven by the auto world's ambitious and sometimes outlandish personalities, the book chronicles the race to dominate the market, focusing on big players like Tesla and Fisker, as well as a tiny start-up and a battery supplier. Flashing forward to the changes we'll see in the coming years, High Voltage shows a not-so-distant future where we will live on a smart grid, our cars "fueling," that is, charging, while we shop or sleep. The ramifications of these changes will be on a grander scale than most of us ever imagined—altering foreign policy, reducing trade deficits, and perhaps even ending global warming.

Jim Motavalli: JIM MOTAVALLI is the author of Forward Drive and several other books. He blogs on clean cars for the New York Times, CBS, and NPR's Car Talk, among others. He lives in Connecticut.