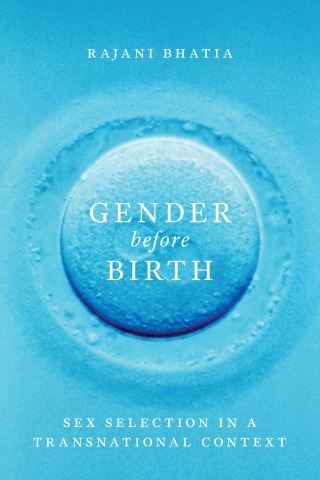 Sex Selection in a Transnational Context

In the mid-1990s, the international community pronounced prenatal sex selection via abortion an �act of violence against women� and �unethical.� At the same time, new developments in reproductive technology in the United States led to a method of sex selection before conception; its US inventor marketed the practice as �family balancing� and defended it with the rhetoric of freedom of choice. In Gender before Birth, Rajani Bhatia takes on the hypocrisy of how similar practices in the first and third worlds are divergently named and framed.

Bhatia�s extensive fieldwork includes interviews with clinicians, scientists, biomedical service providers, feminist activists, and international tech advocates, and her resulting analysis extends both feminist theory on reproduction and feminist science and technology studies. She argues that we are at the beginning of a changing transnational terrain that presents new challenges to theorized inequality in reproduction, demonstrating how the technosciences often get embroiled in colonial gender and racial politics.