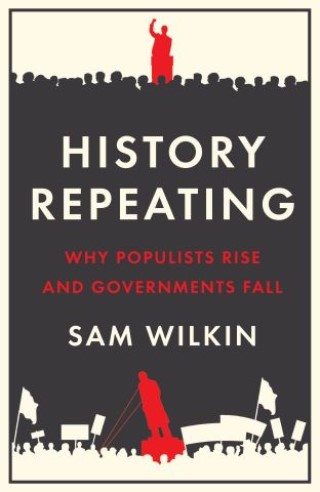 Why Populists Rise and Governments Fall

Most of the time, politics is boring. In most countries, the Average Joe rules. Extremists of the left and right can gnash their teeth but serious politicians know they desert the centre ground at their peril. It's the iron law of electoral politics.

That is, in normal times.

What about times when the centre can't hold, when the extremists take back control and set about making their country great again?

At such moments, the best guide to the future is the past. Political chaos might be scary but it isn't all that chaotic. In fact, as risk analyst Sam Wilkin reveals in History Repeating, it has hidden rules.

Beneath the noise and confusion of history, from Lenin and Khomeini to Trump and Brexit, there are patterns. The same drama plays out again and again, with minor variations. It isn't the story you think you know. It contains surprises and profound mysteries. But once you have seen the inner logic of the past century's political disasters, you might just be ready to face the interesting times to come.