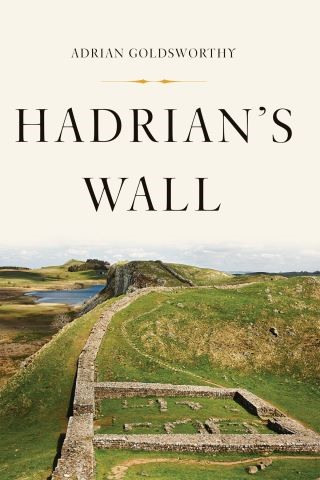 From an award-winning historian of ancient Rome, a definitive history of Hadrian's Wall

Stretching eighty miles from coast to coast across northern England, Hadrian's Wall is the largest Roman artifact known today. It is commonly viewed as a defiant barrier, the end of the empire, a place where civilization stopped and barbarism began. In fact, the massive structure remains shrouded in mystery. Was the wall intended to keep out the Picts, who inhabited the North? Or was it merely a symbol of Roman power and wealth? What was life like for soldiers stationed along its expanse? How was the extraordinary structure built--with what technology, skills, and materials?

In Hadrian's Wall, Adrian Goldsworthy embarks on a historical and archaeological investigation, sifting fact from legend while simultaneously situating the wall in the wider scene of Roman Britain. The result is a concise and enthralling history of a great architectural marvel of the ancient world.