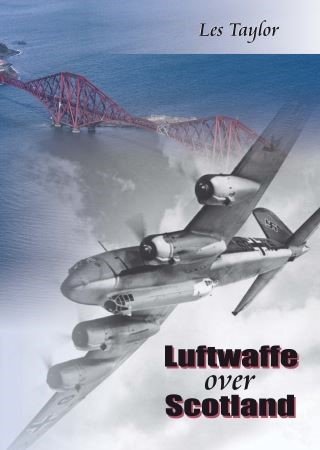 Luftwaffe over Scotland is the first complete history of the air attacks mounted against Scotland by Nazi Germany during World War Two and undertakes a detailed examination of the strategy, tactics and politics involved on both sides, together with a technical critique of the weaponry employed by both attackers and defenders. Extensive figures on Scottish civilian casualties have been included, together with a full list of all Scottish locations that were bombed and details of German aircraft losses. From the relentless hit-and-run attacks up the east coast of Scotland to the calamities of Clydebank and Greenock, Luftwaffe over Scotland not only offers a detailed analysis of exactly what happened, but also provides fresh new evidence and claims regarding many aspects of the war in Scotland - some of them specifically at odds with the more traditional British portrayals of World War Two. Luftwaffe over Scotland draws on a wide variety of sources, such as official archives, articles, letters and personal testimonies, including information about German Luftwaffe operations, to paint the first full and accurate picture of the dramatic and often brutal air attacks that took place in almost every village, town and city in Scotland during World War Two. From a detailed analysis of the attacking German forces, to an explanation of the strengths and weaknesses of the air defences around Scotland, this is an important and long-overdue contribution to the full understanding of this dramatic period in the history of the modern Scottish nation.