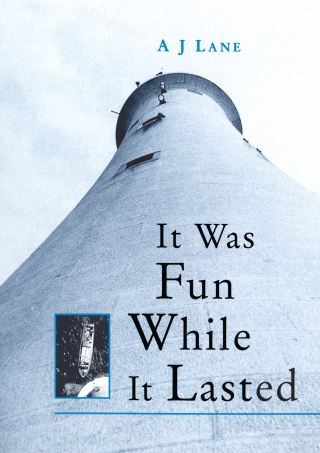 It Was Fun While it Lasted

A lively, at times hilarious, first-hand account of a lighthouse keeper's life in the last traditional years before the introduction of helicopter reliefs and automation. Arthur Lane entered the Service in 1953 as a fugitive from the Birmingham branch of a large insurance company, who seem to have made no attempt to get him back. His adoption of their premises as the operational headquarters of a Gas Engine Club with potential for world-wide growth found no echoing enthusiasm at management level. He transferred his entrepreneurial talents to the service of Trinity House, and they weren't always appreciated there either. The next seven years and twelve lighthouses were passed in a nightmare for colleagues as they experienced and tried to survive the Motor Horn Call Sign, the Exploding Mortar, and the Letter to The Times episodes at the Eddystone, and the affairs of the Impersonated Policeman, the Short Circuit and the Three Piece Suite elsewhere! Arthur Lane admits lighthouse life could be pretty hectic, but he still manages to give us as complete an account as we are now ever likely to get of what it was like to keep a lighthouse in its last traditional years when, for every eight weeks' spell of isolation, you'd be likely to do another week and more in overdue.