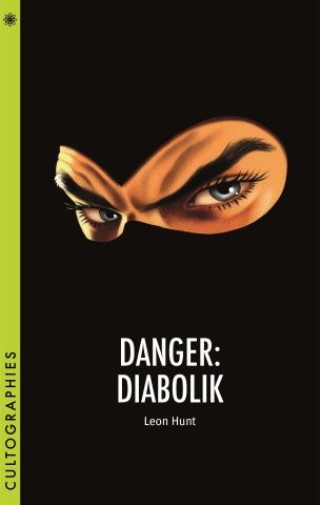 Danger: Diabolik (1968) was adapted from a comic that has been a social phenomenon in Italy for over fifty years, featuring a masked master criminal—part Fantômas, part James Bond—and his elegant companion Eva Kant. The film partially reinvents the character as a countercultural prankster, subverting public officials and the national economy, and places him in a luxurious and futuristic underground hideout and Eva in a series of unforgettable outfits. A commercial disappointment on its original release, Danger: Diabolik's reputation has grown along with that of its director, Mario Bava, the quintessential cult auteur, while the pop-art glamour of its costumes and sets have caught the imagination of such people as Roman Coppola and the Beastie Boys.

This study examines its status as a comic-book movie, including its relation both to the original fumetto and to its sister-film, Barbarella. It traces its production and initial reception in Italy, France, the U.S., and the UK, and its cult afterlife as both a pop-art classic and campy "bad film" featured in the final episode of Mystery Science Theatre 3000.