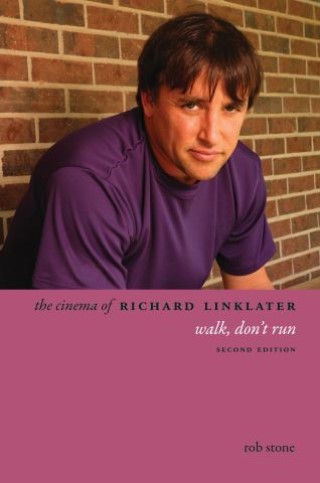 The Cinema of Richard Linklater

From Slacker (1991), a foundational work of independent American cinema, to the Before trilogy, Richard Linklater’s critically acclaimed films and aesthetic ambition have earned him a place as one of the most important contemporary directors. In this second edition of The Cinema of Richard Linklater, Rob Stone shows how Linklater’s latest films have redefined our understanding of his work. He offers critical discussions and analysis of all of Linklater’s films, including Before Midnight (2013) and Everybody Wants Some!! (2016), as well as new interviews with Linklater and a chapter on Boyhood (2014), hailed as one of the best films of the twenty-first century.

Stone explores the theoretical, practical, contextual, and metaphysical elements in Linklater’s filmography, especially his experimentation with cinematic representations of time and growth. He demonstrates that fanciful lives and lucid dreams are as central as alternative notions of America and time to Linklater’s films. Stone also considers Linklater’s collaborative working practices, his deployment of such techniques as rotoscoping, and his innovative distribution strategies. Thoroughly revised, updated, and extended, the book includes analysis of all of Linklater’s films, including Dazed and Confused (1993), Waking Life (2011), and A Scanner Darkly (2006) as well as his documentaries, short films, and side projects.