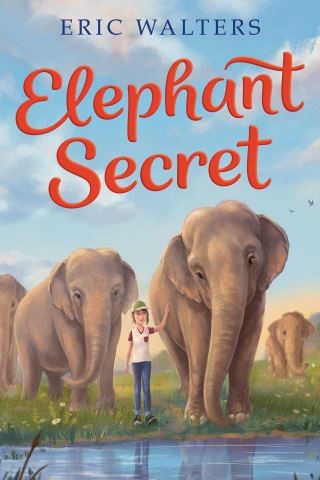 Sam has a large, close family: herself, her dad, and eleven elephants.

Eric Walters:
Eric Walters has written nearly 100 children’s books, which have been translated into 13 languages and won over 125 awards. He was named to the Order of Canada in 2014 for his contribution as an author of literature for children and young adults. Walters also runs The Creation of Hope, a charity providing care for orphans in the Mbooni District of Kenya. Visit him at www.ericwalters.net and on Twitter at @EricRWalters.