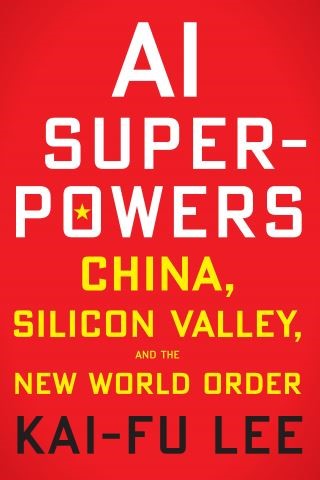 The United States has long been the leader in Artificial Intelligence. But Dr. Kai-Fu Lee—one of the world’s most respected experts on AI—reveals that China has caught up to the US at an astonishingly rapid pace. As Sino-American competition in AI heats up, Lee envisions China and the US forming a powerful duopoly in AI. He outlines the upheaval of traditional jobs, how the suddenly unemployed will find new ways of making their lives meaningful, and how the Chinese and American governments will have to cope with the changing economic landscape.

Kai-Fu Lee:
DR. KAI-FU LEE is the chairman and CEO of Sinovation Ventures, a leading technology-savvy investment firm focusing on developing the next generation of Chinese high-tech companies. Before founding Sinovation in 2009, Lee was the President of Google China. Previously he held executive positions at Microsoft, SGI, and Apple.

Dr. Lee received his Bachelor’s degree in Computer Science from Columbia University, his Ph.D. from Carnegie Mellon University, and honorary doctorate degrees from the City University of Hong Kong and Carnegie Mellon. He is a Fellow of the Institute of Electrical and Electronics Engineers (IEEE). Selected as one of the 100 most influential people in the world by Time Magazine in 2013, he has authored ten U.S. patents and over a hundred journal and conference papers. He has written eight top-selling books in Chinese, and has more than 50 million followers on social media.