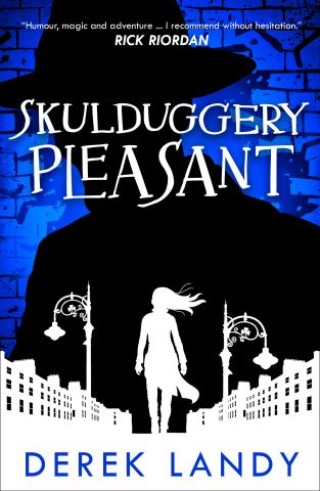 She’s twelve. He’s dead. But together they’re going to save the world. Hopefully.The iconic first book in the bestselling Skulduggery Pleasant series.Stephanie's uncle Gordon is a writer of horror fiction. But when he dies and leaves her his estate, Stephanie learns that while he may have written horror it certainly wasn't fiction. Pursued by evil forces, Stephanie finds help from an unusual source – the wisecracking skeleton of a dead sorcerer…

Derek Landy: Derek Landy lives near Dublin. Before writing his children's story about a sharply-dressed skeleton detective, he wrote the screenplays for a zombie movie and a murderous horror film. "I think my career-guidance teacher is spinning in her grave," he says, "or she would be if she were dead."