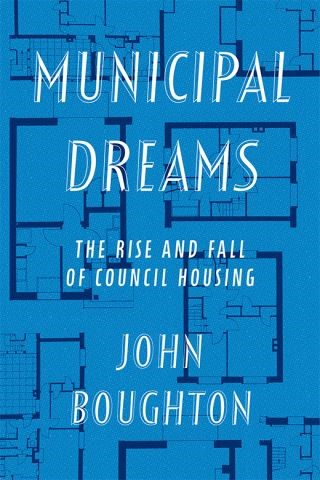 The Rise and Fall of Council Housing

In this landmark reappraisal of council housing, historian John Boughton presents an alternative history of Britain. Rooted in the ambition to end slum living, and the ideals of those who would build a new society, Municipal Dreams looks at how the state’s duty to house its people decently became central to our politics. The book makes it clear why that legacy and its promise should be defended.

Traversing the nation in this comprehensive social, political and architectural history of council housing, Boughton offers a tour of some of the best and most remarkable of our housing estates—some happily ordinary, some judged notorious. He asks us to understand their complex story and to rethink our prejudices.

His accounts include extraordinary planners and architects who wished to elevate working men and women through design; the competing ideologies that have promoted state housing and condemned it; the economic factors that have always constrained our housing ideals; the crisis wrought by Right to Buy; and the evolving controversies around regeneration. Boughton shows how losing the dream of good housing has weakened our community and hurt its most vulnerable—as was seen most catastrophically in the fire at Grenfell Tower.

John Boughton: John Boughton is a social historian whose blog Municipal Dreams is one of the most widely read and respected chronicles of council housing’s past and present. He talks on housing to a wide range of audiences and has supported a number of housing campaigns. He has previously published in the Historian and Labor History. He lives in London. He blogs at municipaldreams.wordpress.com.