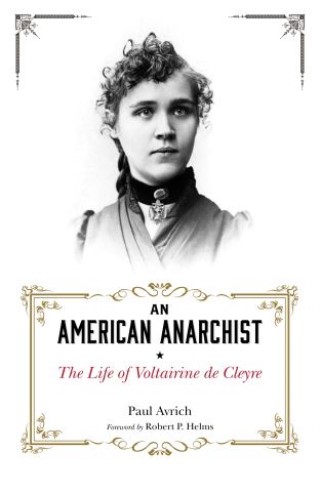 The Life of Voltairine de Cleyre

"Paul Avrich's book is very well researched—it fascinated me as I am sure it will fascinate many other people who are interested in the anarchist personality." —George Woodcock

An American Anarchist marked the trail historians of American anarchism are still following today: above all else, to understand anarchists as human beings. Narrative-driven like all of Paul Avrich’s works, this story highlights famous characters like Emma Goldman and Alexander Berkman and the infamous, like Dyer D. Lum—Voltairine de Cleyre’s lover and the man who sneaked a dynamite cartridge into Louis Lingg’s cell so the accused Haymarket Martyr could die at his own hand and not the state’s. De Cleyre (1866–1912), born in Michigan, is noted as the first prominent American-born anarchist. From her voluminous writings and speeches, the illnesses that plagued her, the shooting on a streetcar in Philadelphia that left de Cleyre clinging for life, to her eventual death at forty- five in Chicago, she worked tirelessly for her ideal.