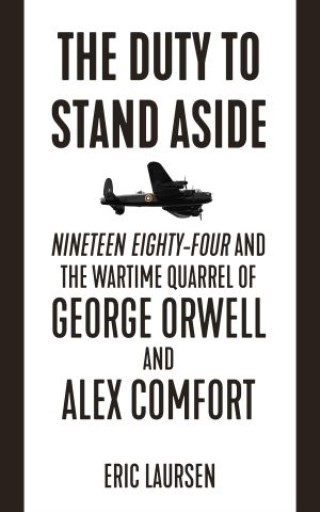 The Duty to Stand Aside

The Duty to Stand Aside sheds new light on the background and writing of Nineteen Eighty-Four, a book that has been a top seller since the early 1950s but that received an enormous boost during the 2016 U.S. presidential campaign, when American politics suddenly began to resemble the world Orwell described. By January, when president-elect Donald Trump's aide, Kellyanne Conway, inadvertently coined a phrase that seemed to describe the new condition—“alternative facts”—Nineteen Eighty-Four was rising to the top of Amazon.com's bestseller list in the U.S. and Penguin USA was ordering 75,000 more copies printed. (In late May, the Signet Classic edition still ranked No. 55.) Outside the U.S., the highly-publicized election sparked new interest in Orwell's book as well, Penguin reporting that sales rose 20% in Britain and Australia compared to the same time last year. Yet no new biography of Orwell has appeared to test the demand for more information about the author; neither has any new book focusing on Nineteen Eighty-Four itself. The Duty to Stand Aside will be of interest to anyone who has recently read the novel, or remembers it vividly, and wants to know more about the political issues and ethical questions that preoccupied Orwell when he was writing it. This book offers a complex view of the author, who was keenly aware of the potential for abuse of State power when writing his fiction masterpiece yet could knowingly expose others to State scrutiny out of what he considered to be political necessity. It does so through the lens of Orwell's fraught relationship with another writer who felt duty-bound to take an opposite stance on the war with Hitler. Aside from Laursen's own in-progress biography, no life of Alex Comfort has thus far been written, despite his array of achievements—including producing one of the perennial bestsellers of the postwar decades in The Joy of Sex, which has moved more than 7 million copies to date. The Duty to Stand Aside reintroduces readers to this remarkable poet, novelist, biologist, anarchist political thinker, and pioneer of the Ban the Bomb movement, who nevertheless is mainly known today for one book alone. It shows him as a young, passionate, and morally dedicated intellectual, fresh from a brilliant academic career at Cambridge University, who could hold his own in a public quarrel with one of Britain's leading left-wing political commentators.