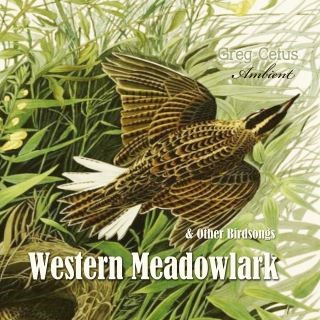 Western Meadowlark and Other Bird Songs

Western Meadowlark can be found in grasslands, prairies, pastures, and abandoned fields, all of which may be found across western and central North America, as far south as northern Mexico. Similar to the Eastern Meadowlark in appearance, this bird is recognized by its very different song and callnotes. This ambient soundscape offers Western Meadowlark birdsong recorded in its natural habitat together with other birds, insects and other ground creatures.

Greg Cetus: Greg Cetus is an anthropologist passionate about music of the natural world. His audio records come from many carefully selected locations using high quality equipment designed to capture every tiny nuance of the magical ocean waves, enchanted forests and melodious birdsong soundscapes. This magic and its powerful holistic energy has been compiled into several natural world collections from Ocean Waves to Deep Forests. For more information about these recordings visit www.ocean-waves.co.uk