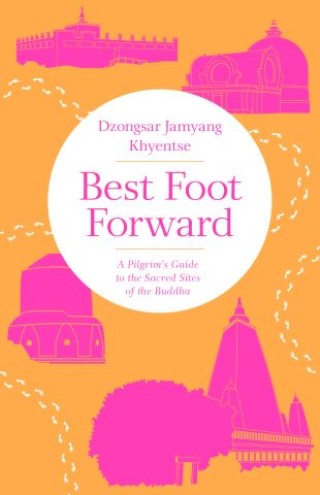 A Pilgrim's Guide to the Sacred Sites of the Buddha

A pithy guidebook for Buddhist pilgrims to the four holy sites of India.

“The aim of all Buddhist practice is to catch a glimpse of the awakened state. Going on pilgrimage, soaking up the sacred atmosphere of holy places, and mingling with other pilgrims are simply different ways of trying to achieve that glimpse.”—from chapter 1, “Holy Buddhist Sites”

Pilgrimage is a powerful method for remembering the Buddha’s teachings and putting them into practice. For Buddhists, the most important holy places are the four sites associated with the Buddha’s life:
• Lumbini, where Siddhartha was born as an ordinary human being
• Bodhgaya, where Siddhartha became enlightened
• Varanasi (Sarnath), where the Buddha taught the path to enlightenment
• Kushinagar, where the Buddha passed into parinirvana
While it may be an inconvenient, chaotic, and even dangerous journey, traveling to these places can be profoundly affecting and transformative for a practitioner.

In his fourth book, Dzongsar Jamyang Khyentse skillfully lays out how we can make the most of our experience as pilgrims. He explains what makes a person or place “holy,” what pilgrimage is all about, and what we can do when visiting the four holy sites of India and Nepal—or any holy place. This manual shows us how to partake in one of the most potent practices available to remind ourselves of the entirety of the Buddha’s teachings.

Dzongsar Jamyang Khyentse: DZONGSAR JAMYANG KHYENTSE (Khyentse Norbu) is a Tibetan Buddhist lama who travels and teaches internationally and is also an award-winning filmmaker (The Cup, Vara, Travelers and Magicians). He is the abbot of several monasteries in Asia and the spiritual director of meditation centers in Vancouver, San Francisco, Sydney, Hong Kong, and Taipei. He is also head of several large Buddhist organizations, including Siddhartha's Intent and the Khyentse Foundation, and serves as the chair of 84000.