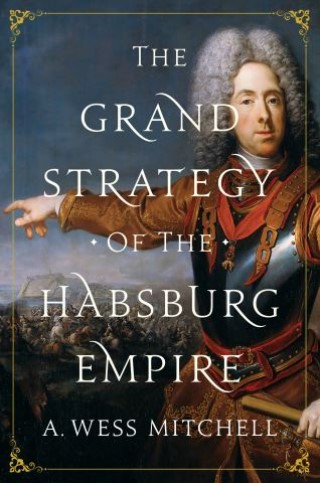 The Grand Strategy of the Habsburg Empire

The Empire of Habsburg Austria faced more enemies than any other European great power. Flanked on four sides by rivals, it possessed few of the advantages that explain successful empires. Its army was not renowned for offensive prowess, its finances were often shaky, and its populace was fragmented into more than a dozen ethnicities. Yet somehow Austria endured, outlasting Ottoman sieges, Frederick the Great, and Napoleon. The Grand Strategy of the Habsburg Empire tells the story of how this cash-strapped, polyglot empire survived for centuries in Europe's most dangerous neighborhood without succumbing to the pressures of multisided warfare.

Taking readers from the War of the Spanish Succession in the early 1700s to the Austro-Prussian War of 1866, A. Wess Mitchell argues that the Habsburgs succeeded not through offensive military power or great wealth but by developing strategies that manipulated the element of time in geopolitical competition. Unable to fight all their enemies at once, the Habsburgs learned to use the limited tools at their disposal—terrain, technology, and treaty allies—to sequence and stagger their conflicts, drive down the costs of empire, and concentrate scarce resources against the greatest threat of the moment. Rarely holding a grudge after war, they played the "long game" in geopolitics, corralling friend and foe alike into voluntarily managing the empire's lengthy frontiers and extending a benign hegemony across the turbulent lands of middle Europe.

A study in adaptive statecraft, The Grand Strategy of the Habsburg Empire offers lessons on how to navigate a messy geopolitical map, stand firm without the advantage of military predominance, and prevail against multiple rivals.