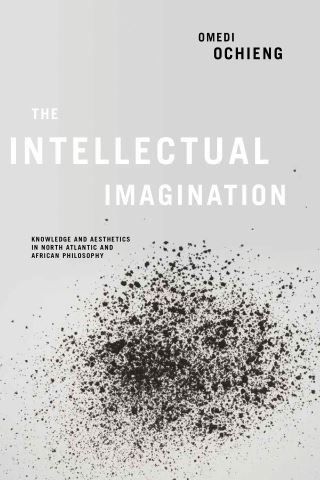 Knowledge and Aesthetics in North Atlantic and African Philosophy

The Intellectual Imagination unfolds a sweeping vision of the form, meaning, and value of intellectual practice. The book breaks new ground in offering a comprehensive vision of the intellectual vocation. Omedi Ochieng argues that robust and rigorous thought about the form and contours of intellectual practices is best envisioned in light of a comprehensive critical contextual ontology—that is, a systematic account of the context, forms, and dimensions in and through which knowledge and aesthetic practices are created, embodied, translated, and learned. Such an ontology not only accounts for the embeddedness of intellectual practices in the deep structures of politics, economics, and culture, but also in turn demonstrates the constitutive power of critical inquiry. It is against this background that Ochieng unfolds a multidimensional and capacious theory of knowledge and aesthetics. In a critique of the oppositional binaries that now reign in the modern and postmodern academy—binaries that pit fact versus value, science versus the humanities, knowledge versus aesthetics—Ochieng argues for the inextricable intertwinement of reason, interpretation, and the imagination. The book offers a close and deep reading of North Atlantic and African philosophers, thereby illuminating the resonances and contrasts between diverse intellectual traditions. The upshot is an incisively rich, layered, and textured reading of the archetypal intellectual styles and aesthetic forms that have fired the imagination of intellectuals across the globe. Ochieng’s book is a radical summons to a practice and an imagination of the intellectual life as the realization of good societies and good lives.