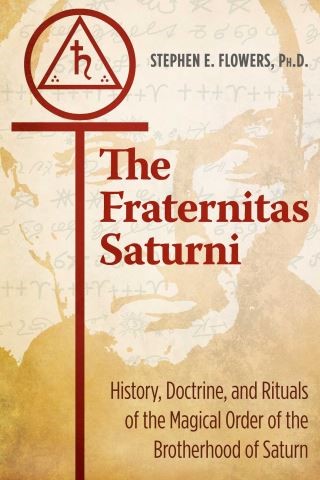 History, Doctrine, and Rituals of the Magical Order of the Brotherhood of Saturn

The most in-depth work in English on the most influential secret magic group of 20th-century Germany, the Fraternitas Saturni, or Brotherhood of Saturn

• Examines the Order’s teachings on cosmology, the Kabbalah, the Saturnian Sacraments, electrical magic, and sexual mysticism--the Yoga of the Dark Light

The most influential magical group in Germany during the 20th century, the Fraternitas Saturni, or Brotherhood of Saturn, is still the most active and important magical society in Germany today. But from its formal beginnings in 1926 in Weimar Berlin until around 1970 it was almost totally secret. Most of what is known about the Order in the English-speaking world is fragmentary and focuses exclusively on the sensational sex-magic practices and Luciferian tendencies of this magical lodge.

Presenting the most in-depth work in English on the Fraternitas Saturni, Stephen Flowers examines the history of the Order from the mid-1920s to the late 1960s when the Order was fundamentally reformed. He details their path of initiation, secret doctrines, ritual practices, and magical formulas and offers biographies of the Order’s most prominent members, including founder Gregor A. Gregorius, Karl Spiesberger (Frater Eratus), Albin Grau (Master Pacitius), and Franz Saettler (Dr. Musallam). Exploring the Brotherhood’s guiding principles, he shows that at the heart of Saturnian ideology is the idea of Saturn-Gnosis: the interplay of opposing forces in the universe leading to the realization of the individual self as a god-like entity. He examines the Order’s teachings on cosmology, the Kabbalah, the Saturnian Sacraments, electrical magic, sexo-cosmology, sex-magic rites, and sexual mysticism--the Yoga of the Dark Light--and transcribes many of their actual rituals and practices, including the highly controversial Gradus Pentalphae, in such detail that readers will be able to undertake their own experiential work.

Explaining the meanings of all 33 grades of the Order, the author also looks at the infamous Freemasonic Order of the Golden Centurium, the cult of Adonism, the links between Thelema and the Fraternitas Saturni, and the rare teachings of Master Pacitius (Albin Grau), the visual genius behind the film Nosferatu. He also includes rare reports by Aleister Crowley concerning his interaction with some of the forerunners to the Order and letters from the Order’s founder, Gregor A. Gregorius, to the “Great Beast.”

Stephen E. Flowers: Stephen Flowers studied Germanic and Celtic philology and religious history at the University of Texas at Austin and in Goettingen, West Germany. He received his Ph.D. in 1984 in Germanic Languages and Medieval Studies with a dissertation entitled Runes and Magic.