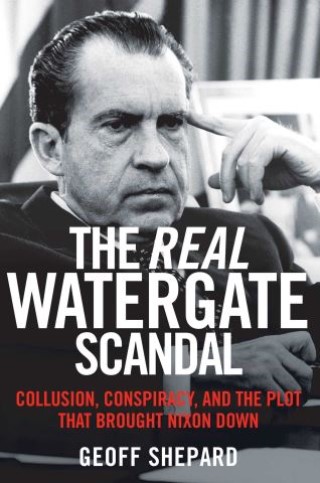 Collusion, Conspiracy, and the Plot That Brought Nixon Down

An aging judge about to step down. Aggressive prosecutors friendly with the judge. A disgraced president. A nation that had already made up its mind. The Watergate trials were a legal mess—and now, with the discovery of new documents that reveal shocking misconduct by prosecutors and judges alike, former Nixon staffer Geoff Shepard has a convincing case that the wrongdoing of these history-making trials was actually a bigger scandal than the Watergate scandal itself.

Geoff Shepard: The list of Regnery authors reads like a "who's who" of conservative thought, action, and history.