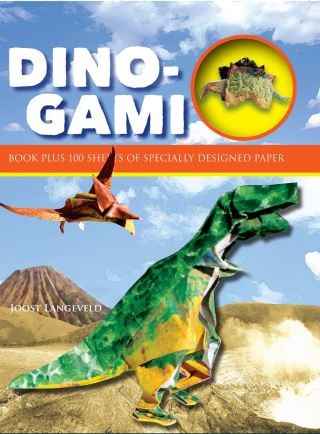 Paper has never been so terrifying!

Dino-Gami offers a challenge to the next generation of art and paper crafting origami enthusiasts.