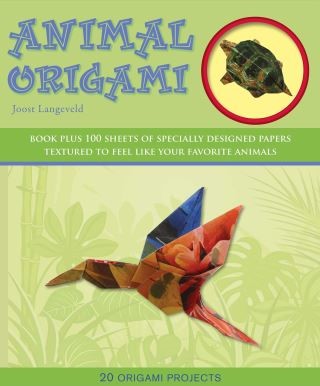 Bring your favorite animals to life with nothing more than a piece of paper! Animal Origami uses the art of folding to bring you into the wild world of the animal kingdom.

Animal Origami offers animal lovers a chance to experience animals in an entirely new way—by creating them! This fun and informative book offers instructions for crafting crabs, cows, dinosaurs, ladybugs, and more.Animals can be intriguing, fun, and fascinating—and with Animal Origami, making them can be all those things too!