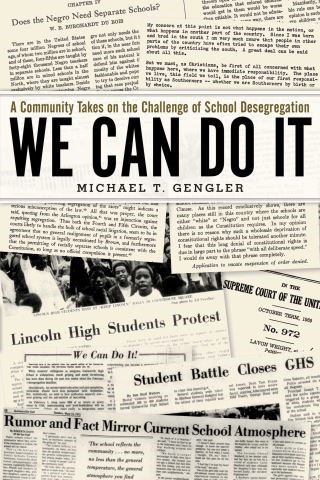 We Can Do It

A Community Takes on the Challenge of School Desegregation

This book tells of the challenges faced by white and black school administrators, teachers, parents, and students as Alachua County, Florida, moved from segregated schools to a single, unitary school system.

After Brown v. Board of Education, the South’s separate white and black schools continued under lower court opinions, provided black students could choose to go to white schools. Not until 1968 did the NAACP Legal Defense Fund convince the Supreme Court to end dual school systems. Almost fifty years later, African Americans in Alachua County remain divided over that outcome.

A unique study including extensive interviews, We Can Do It asks important questions, among them: How did both races, without precedent, work together to create desegregated schools? What conflicts arose, and how were they resolved (or not)? How was the community affected? And at a time when resegregation and persistent white-black achievement gaps continue to challenge public schools, what lessons can we learn from the generation that desegregated our schools?

Michael T. Gengler: Michael T. Gengler graduated from Gainesville High School in Florida in 1962. He received his AB degree from Columbia College (New York) in 1966, magna cum laude, and was elected to Phi Beta Kappa. He was a member of the managing board of the Columbia Daily Spectator. In 1969, he received his JD degree from Harvard Law School. Until 1974, he served as an assistant staff judge advocate in the USAF. For most of his career, he was a corporate lawyer in Boston and Chicago. He also worked for a few years as a full-time volunteer lawyer for Legal Action of Wisconsin, Madison, representing clients who could not afford counsel. He lives in Gainesville and is a vocal advocate for public school education. Visit https://wecandoitbook.com.