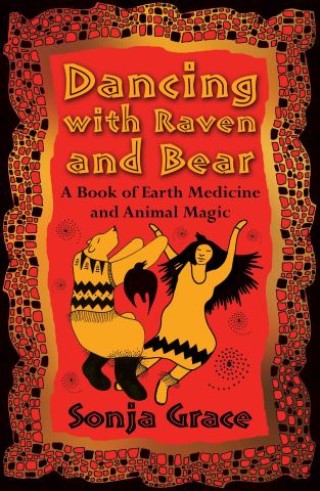 Dancing with Raven and Bear

A Book of Earth Medicine and Animal Magic

• Interwoven with ancient teachings and everyday practical applications of Earth Medicine, such as grounding and dream interpretation

• Each tale is beautifully illustrated with the author’s original art, which promotes spiritual understanding and the power of the Earth’s healing properties

Drawing on both her Native American (Hopi) heritage and her Norwegian upbringing, renowned mystic and intuitive healer Sonja Grace shares original wisdom tales, received through her heart and soul, to take you on a journey into the magic of Raven and Bear and the healing power of Earth Medicine.

Featuring Sonja’s distinctive and beautiful artwork, each story is embedded with ancient teachings to inspire you to live closer to the Earth. The fables include powerful examples of animal magic and everyday, practical applications of Earth Medicine, such as simple energy exercises, dream interpretations, Earth Medicine prayers and meditations, and using medicinal plants to manage negative energies. As background to the stories, Sonja reveals parallels between Norse mythology and Native American traditions and explores the symbology of animals and the recurring central theme of the tension between light and darkness. In Norse myth, the great god Odin, for instance, is often accompanied by Ravens. These birds are considered manifestations of the Valkyries, the goddesses who brought brave soldiers to Valhalla, while in Native American traditions, the Raven is viewed as a trickster or messenger, a magical creature with the ability to shapeshift into a human or animal, yet also portrayed as a hero overcoming adversity. The Bear on the other hand can embody the healer who grounds our energy and removes illness or can represent the inner part of us that has faith. In one fable, Sonja brings Bear to life as a mythical creature singing songs to bring in the light, reflecting the powerful lesson that by using our voice and speaking the truth we can hold darkness at bay. Throughout all of the stories, Raven and Bear teach us to be responsible for our actions and develop spiritual accountability.

By sharing these tales of Earth Medicine, Sonja offers not only a path of reconnection with the Earth but also medicine for the soul. She shows how the Earth works in unity within herself and provides a warehouse of knowledge for all who live upon her.

Sonja Grace: Sonja Grace is a highly sought after mystic, healer, artist and storyteller with both Norwegian and Native American heritage. As an intuitive healer, she has been counseling an international roster of clients for over thirty years. Sonja's ancestral background is a fascinating blend of Native American Choctaw and Cherokee descent and Norwegian. She has been adopted on the Hopi Reservation, where she is considered a medicine woman. The award-winning author of Spirit Traveler, Become an Earth Angel, and Dancing with Raven and Bear, Sonja has appeared multiple times with George Noory on Beyond Belief and Coast to Coast AM. She lives in Arizona with her husband.