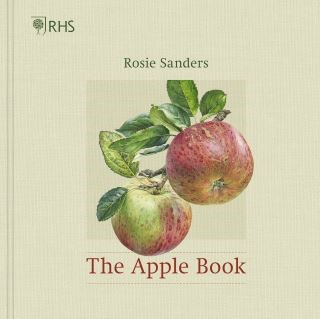 Rosie Sanders, often described as the best painter of the world's most famous fruit, has devoted years to researching this book and submitting the apples to hour upon hour of meticulous observation. In 144 beautifully detailed watercolours she depicts the unrivalled range of form, colour and texture which characterize such varieties as Beauty of Bath, Peasgood Nonsuch, Cox's Orange Pippin and Egremont Russet.

Painted with their blossom, twig and leaf, Rosie offers detailed descriptions of each apple's aroma, flavour and season as well as something of the history of each variety. The book is enhanced by a practical essay on apple growing by Harry Baker, fruit officer for many years at the Royal Horticultural Society and one of Britain’s foremost authorities on apple growing.

Rosie Sanders: Rosie Sanders is widely recognised as one of Britain's leading botanical artists. She has been awarded five Gold medals by the Royal Horticultural Society and won the Royal Academy miniature award. Best known for her superlative studies of fruit, apples in particular, Rosie has devoted much of her time recording old and present varieties culminating in this book. She lives on the edge of Dartmoor in Devon.