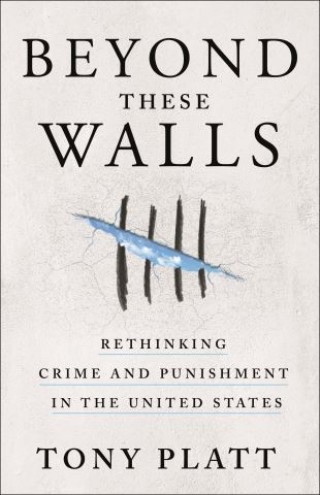 Rethinking Crime and Punishment in the United States

“You should definitely read this book… What really struck me in reading Beyond These Walls was that Tony Platt had very seriously and carefully considered the contributions of social movements—feminist, queer, disability, and labor.” —Angela Davis

Beyond These Walls is an ambitious and far-ranging exploration that tracks the legacy of crime and imprisonment in the United States, from the historical roots of the American criminal justice system to our modern state of over-incarceration, and offers a bold vision for a new future. Author Tony Platt, a recognized authority in the field of criminal justice, challenges the way we think about how and why millions of people are tracked, arrested, incarcerated, catalogued, and regulated in the United States.

Beyond These Walls traces the disturbing history of punishment and social control, revealing how the criminal justice system attempts to enforce and justify inequalities associated with class, race, gender, and sexuality. Prisons and police departments are central to this process, but other institutions – from immigration and welfare to educational and public health agencies – are equally complicit.

Platt argues that international and national politics shape perceptions of danger and determine the policies of local criminal justice agencies, while private policing and global corporations are deeply and undemocratically involved in the business of homeland security.

Finally, Beyond These Walls demonstrates why efforts to reform criminal justice agencies have often expanded rather than contracted the net of social control. Drawing upon a long tradition of popular resistance, Platt concludes with a strategic vision of what it will take to achieve justice for all in this era of authoritarian disorder.

Tony Platt: TONY PLATT is a Distinguished Affiliated Scholar at the Center for the Study of Law & Society, University of California, Berkeley. The author of numerous books dealing with issues of criminal justice, race, inequality, and social justice in American history, including Beyond These Walls: Rethinking Crime and Punishment in the United States, he previously taught at the University of Chicago, Berkeley, and California state universities. Platt’s experience as a political activist and public intellectual informs his research and publications. He lives in Berkeley, CA.