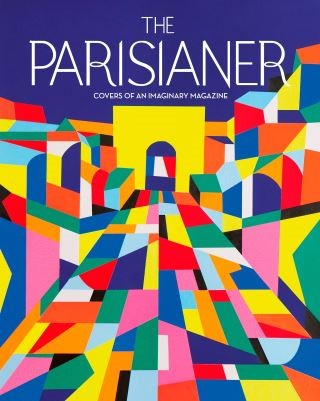 Covers of an Imaginary Magazine

'Paris is the greatest temple ever built to material joys and the lust of the eyes.'

Paris. It has been immortalised a thousand times over in the pages of books, on timeless canvases and in countless songs. For centuries the city's undeniable magic and certain je ne sais quoi have been objects of fascination, dictating our cultural and culinary tastes. It has been home to and a perennial source of inspiration for some of the world's greatest thinkers, writers, artists and designers - so how do you capture the essence of such an enchanting city?

In this stunning collection of imagined covers, a tribute to the famous cover art of the New Yorker, over one hundred French illustrators pay homage to the remarkable City of Lights that for centuries has captured our collective imaginations. Each exquisitely realised cover celebrates a different aspect of Paris, featuring subjects as diverse as protesters, Japanese tourists, pigeons and beautiful women. The Parisianer is a must-have for every admirer of this most romantic and unforgettable city, and for anyone who wants to fall in love with it all over again.