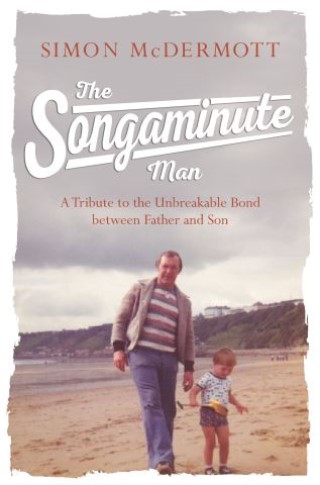 A Tribute to the Unbreakable Bond Between Father and Son

A powerful and emotional memoir about family and memory from the father-son singing sensation whose heartwarming carpool karaoke video took social media by storm.

Ted was disappearing from the family, but Simon wanted to hold on to him. While music could bring him back temporarily—the video of the two of them singing along to Ted’s favorite song was a hit around the world—Ted could no longer tell his story.

This is that story.

The Songaminute Man is the heartbreaking, poignant tale of vanishing family memories, a celebration of Ted’s life and a moving account of caring for a truly loved father.

Simon McDermott: Simon McDermott is the son of eighty-year-old Teddy McDermott, who was diagnosed with Alzheimer's in 2013. The pair's joyful carpool karaoke videos went viral across the globe and raised over £125,000 for the Alzheimer's Society. Simon and Ted won the Pride of Britain Award for raising dementia awareness. They live in the UK.