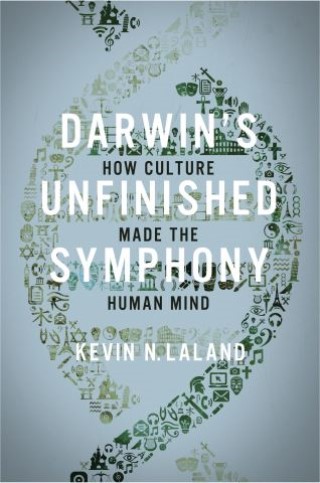 How Culture Made the Human Mind

Humans possess an extraordinary capacity for culture, from the arts and language to science and technology. But how did the human mind—and the uniquely human ability to devise and transmit culture—evolve from its roots in animal behavior? Darwin’s Unfinished Symphony presents a captivating new theory of human cognitive evolution. This compelling and accessible book reveals how culture is not just the magnificent end product of an evolutionary process that produced a species unlike all others—it is also the key driving force behind that process. Kevin Laland tells the story of the painstaking fieldwork, the key experiments, the false leads, and the stunning scientific breakthroughs that led to this new understanding of how culture transformed human evolution. It is the story of how Darwin’s intellectual descendants picked up where he left off and took up the challenge of providing a scientific account of the evolution of the human mind.