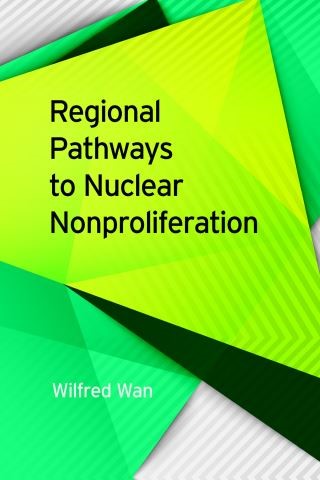 This book makes a case for a reorientation of the nuclear nonproliferation regime, posing an alternative conceptualization of nuclear order centered on the regional level. It draws on an array of theoretical tools from the literatures on regionalism, security governance, and international institutions, developing a framework that analyzes the conditions that would allow for more robust regional nuclear cooperation. These include the presence of (1) institutional architecture, (2) political, economic, and military relations among states, and (3) fundamental regional awareness and identity.

Wan then deploys this theoretical approach to several case studies, including Northeast Asia, Southeast Asia, and the Middle East, focusing on two interrelated questions. First, what is the viability of a stronger regional nuclear order in the region? Second, what form would such an order most likely take? In the process, the book identifies the magnitude and character of the proliferation challenge specific to each region. It also considers the existing character of nuclear cooperation at the regional level.

Wan presents the historical development of regional nuclear order in Latin America as a model for the rest of the world. In this area, regional institutions—ranging from organizations to dialogues to ad hoc arrangements—gradually became more involved across economic, environmental, and human security domains, providing the foundation for multilateral cooperation in the nuclear arena. As his analysis shows, in light of the contemporary proliferation landscape, the establishment and strengthening of such regional nuclear orders is essential.