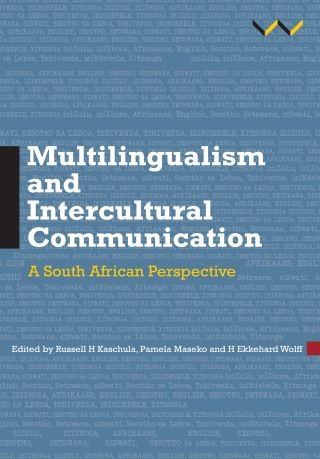 To date, there has been no published textbook which takes into account changing sociolinguistic dynamics that have influenced South African society. Multilingualism and Intercultural Communication breaks new ground in this arena. The scope of this book ranges from macro-sociolinguistic questions pertaining to language policies and their implementation (or non-implementation) to micro-sociolinguistic observations of actual language-use in verbal interaction, mainly in multilingual contexts of Higher Education (HE). There is a gradual move for the study of language and culture to be taught in the context of (professional) disciplines in which they would be used, for example, Journalism and African languages, Education and African languages, etc. The book caters for this growing market. Because of its multilingual nature, it caters to English and Afrikaans language speakers, as well as the Sotho and Nguni language groups – the largest languages in South Africa [and also increasingly used in the context of South African Higher Education]. It brings together various inter-linked disciplines such as Sociolinguistics and Applied Language Studies, Media Studies and Journalism, History and Education, Social and Natural Sciences, Law, Human Language Technology, Music, Intercultural Communication and Literary Studies. The unique cross-cutting disciplinary features of the book will make it a must-have for twenty-first century South African students and scholars and those interested in applied language issues.