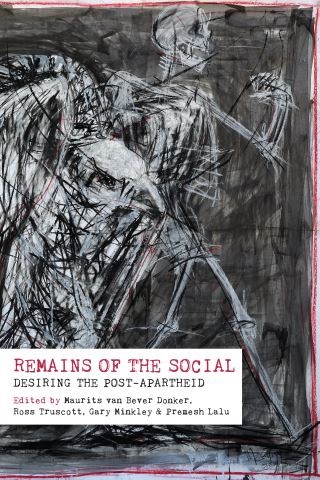 Remains of the Social

Remains of the Social is an interdisciplinary volume of essays that engages with what ‘the social’ might mean after apartheid; a condition referred to as ‘the post-apartheid social’. The volume grapples with apartheid as a global phenomenon that extends beyond the borders of South Africa between 1948 and 1994 and foregrounds the tension between the weight of lived experience that was and is apartheid, the structures that condition that experience and a desire for a ‘post-apartheid social’ (think unity through difference). Collectively, the contributors argue for a recognition of the ‘the post-apartheid’ as a condition that names the labour of coming to terms with the ordering principles that apartheid both set in place and foreclosed. The volume seeks to provide a sense of the terrain on which ‘the post-apartheid’ – as a desire for a difference that is not apartheid’s difference – unfolds, falters and is worked through.