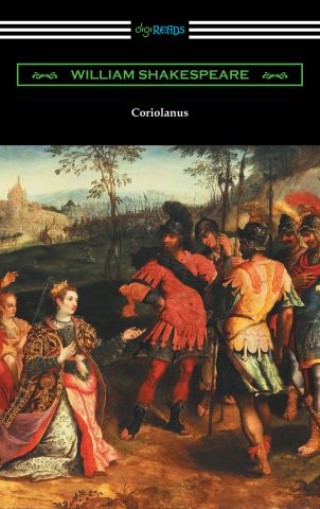 Coriolanus (annotated by Henry N. Hudson with an introduction by Charles Harold Herford)

One of the last tragedies written by William Shakespeare, “Coriolanus” is the story of the legendary 5th century BC Roman general Caius Martius, later given the honorary name Coriolanus. Based largely on the biographical accounts of Plutarch and Livy, the play opens amongst riots over grain in which Coriolanus’ contempt for the plebeians of Rome is exhibited. The general is drawn away from the riots to battle with the Volscian army. Following the conquest of the Volscian city of Corioli, he finds himself a hero and turns his ambition to politics. In his bid for a position in the Roman Senate, he discovers the power of both his allies and his enemies. Coriolanus quickly learns that his temperament is unsuited for success in the political arena. His militaristic pride, disdain for the concept of popular rule, as well as his unwillingness to slander his opponents, ultimately lead to his exile from Rome. A classic portrayal of the fledgling Roman Empire, “Coriolanus” is ultimately a tale of the tragic consequences of misplaced alliances. This edition includes a preface and annotations by Henry N. Hudson, an introduction by Charles Harold Herford and a biographical afterword.