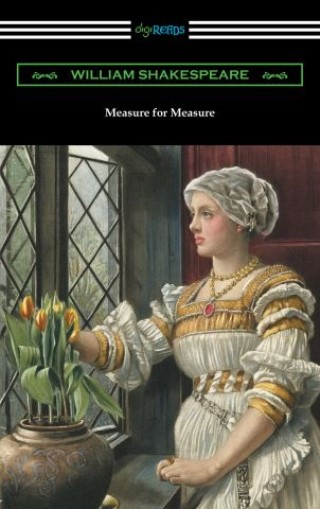 Measure for Measure (annotated by Henry N. Hudson with an introduction by Charles Harold Herford)

Originally published in the First Folio of 1623, “Measure for Measure” is William Shakespeare’s play which was likely written sometime in 1603 or 1604. The play begins with Vincentio, the Duke of Vienna, who leaves the government in charge of the authoritarian justice, Angelo, when he departs the city on a diplomatic mission. Lord Angelo believes that there is too much debauchery in the city and seeks to more strictly enforce laws against certain sexual activities. The story centers on Claudio who has impregnated his fiancée, Juliet, outside the bonds of marriage. Despite their plans to marry, Lord Angelo wishes to make an example of Claudio by sentencing him to death. Based upon two 16th century works, Italian novelist and poet Cinthio’s “The Story of Epitia”, and English dramatist George Whetstone’s “Promos and Cassandra”, “Measure for Measure”, which is classified by most scholars as a comedy, is notable for being one of the bard’s “problem plays”, given its intermittent shifts in tone between darkly dramatic and comedic elements. This edition includes a preface and annotations by Henry N. Hudson, an introduction by Charles Harold Herford, and a biographical afterword.