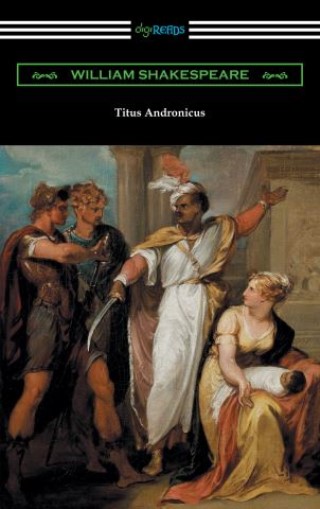 Widely accepted as Shakespeare’s earliest tragedy, “Titus Andronicus” is the bloody story of a Roman general engaged in terrible revenge with the Queen of the Goths, Tamora. The play begins with Titus returning to Rome after ten years of fighting. He brings with him the defeated Tamora, Queen of the Goths, and her sons. Titus sacrifices one of Tamora’s sons to avenge the sons he lost in the war, which begins a cycle of revenge in which Tamora and her lover, Aaron the Moor, plot and scheme against the remaining children of Titus. This entails especially horrific results for his daughter Lavinia, whose fate is thought to be based on the mythological story of Procne and Philomela from Ovid’s “Metamorphoses”. The conclusion is full of further violence and death, with few characters remaining to tell the tragic story of Titus and his children. This edition includes a preface and annotations by Henry N. Hudson, an introduction by Charles Harold Herford, and a biographical afterword.