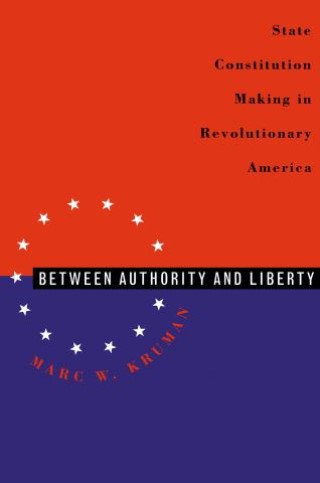 Between Authority and Liberty

In a major reinterpretation of American political thought in the revolutionary era, Marc Kruman explores the process of constitution making in each of the thirteen original states and shows that the framers created a distinctively American science of politics well before the end of the Confederation era. Suspicious of all government power, state constitution makers greatly feared arbitrary power and mistrusted legislators' ability to represent the people's interests. For these reasons, they broadened the suffrage and introduced frequent elections as a check against legislative self-interest. This analysis challenges Gordon Wood's now-classic argument that, at the beginning of the Revolution, the founders placed great faith in legislators as representatives of the people. According to Kruman, revolutionaries entrusted state constitution making only to members of temporary provincial congresses or constitutional conventions whose task it was to restrict legislative power. At the same time, Americans maintained a belief in the existence of a public good that legislators and magistrates, when properly curbed by one another and by a politically active citizenry, might pursue.