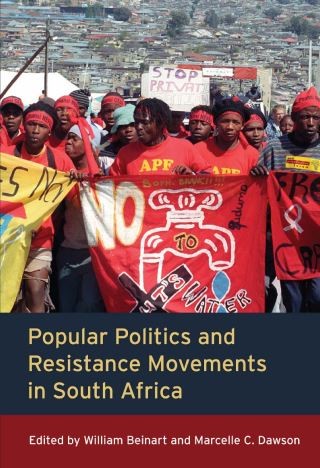 This volume explores some of the key features of popular politics and resistance before and after 1994. It looks at continuities and changes in the forms of struggle and ideologies involved, as well as the significance of post-apartheid grassroots politics. Is this a new form of politics or does it stand as a direct descendent of the insurrectionary impulses of the late apartheid era? Posing questions about continuity and change before and after 1994 raises key issues concerning the nature of power and poverty in the country. Contributors suggest that expressions of popular politics are deeply set within South African political culture and still have the capacity to influence political outcomes. The introduction by William Beinart links the papers together, places them in context of recent literature on popular politics and ‘history from below’ and summarises their main findings, supporting the argument that popular politics outside of the party system remain significant in South Africa and help influence national politics. The roots of this collection lie in post-graduate student research conducted at the University of Oxford in the early twenty-first century.