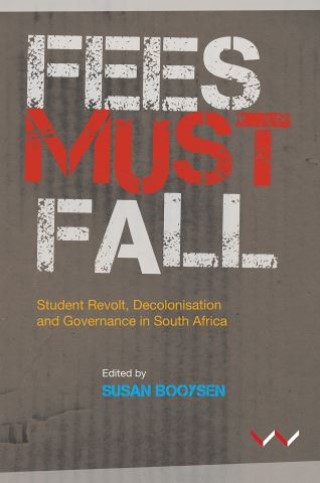 #FeesMustFall, the student revolt that began in October 2015, was an uprising against lack of access to, and financial exclusion from, higher education in South Africa. More broadly, it radically questioned the socio-political dispensation resulting from the 1994 social pact between big business, the ruling elite and the liberation movement. The 2015 revolt links to national and international youth struggles of the recent past and is informed by black consciousness politics and social movements of the international left. Yet, its objectives are more complex than those of earlier struggles. The student movement has challenged the hierarchical, top-down leadership system of university management and it’s ‘double speak’ of professing to act in workers’ and students’ interests yet entrenching a regressive system for control and governance. University managements, while on one level amenable to change, have also co-opted students into their ranks to create co-responsibility for the highly bureaucratised university financial aid that stands in the way of their social revolution. This book maps the contours of student discontent a year after the start of the #FeesMustFall revolt. Student voices dissect colonialism, improper compromises by the founders of democratic South Africa, feminism, worker rights and meaningful education. In-depth assessments by prominent scholars reflect on the complexities of student activism, its impact on national and university governance, and offer provocative analyses of the power of the revolt.