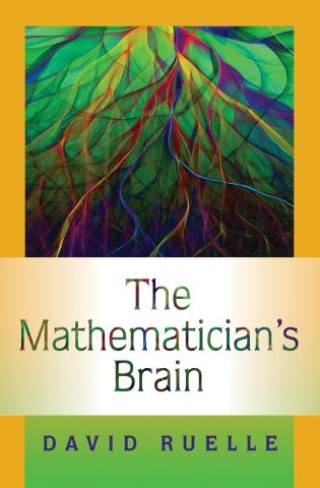 The Mathematician's Brain poses a provocative question about the world's most brilliant yet eccentric mathematical minds: were they brilliant because of their eccentricities or in spite of them? In this thought-provoking and entertaining book, David Ruelle, the well-known mathematical physicist who helped create chaos theory, gives us a rare insider's account of the celebrated mathematicians he has known-their quirks, oddities, personal tragedies, bad behavior, descents into madness, tragic ends, and the sublime, inexpressible beauty of their most breathtaking mathematical discoveries.

Consider the case of British mathematician Alan Turing. Credited with cracking the German Enigma code during World War II and conceiving of the modern computer, he was convicted of "gross indecency" for a homosexual affair and died in 1954 after eating a cyanide-laced apple--his death was ruled a suicide, though rumors of assassination still linger. Ruelle holds nothing back in his revealing and deeply personal reflections on Turing and other fellow mathematicians, including Alexander Grothendieck, René Thom, Bernhard Riemann, and Felix Klein. But this book is more than a mathematical tell-all. Each chapter examines an important mathematical idea and the visionary minds behind it. Ruelle meaningfully explores the philosophical issues raised by each, offering insights into the truly unique and creative ways mathematicians think and showing how the mathematical setting is most favorable for asking philosophical questions about meaning, beauty, and the nature of reality.

The Mathematician's Brain takes you inside the world--and heads--of mathematicians. It's a journey you won't soon forget.