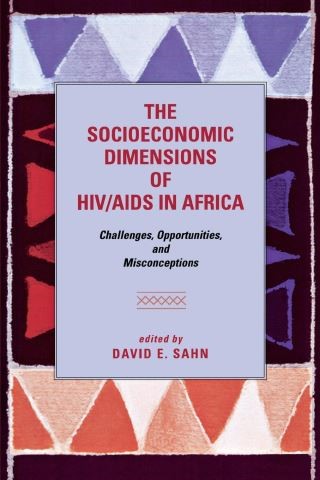 The Socioeconomic Dimensions of HIV/AIDS in Africa

Since the 1980s HIV/AIDS has occupied a singular position because of the rapidly emergent threat and devastation the disease has caused, particularly in sub-Saharan Africa. New infections continue to create a formidable challenge to households, communities, and health systems: last year alone, 2.7 million new infections occurred globally. Sub-Saharan Africa remains the epicenter of the suffering, with around two-thirds of infected individuals worldwide found there, and a disproportionate number of deaths and new infections.

For years there have been widespread and concerted efforts to prevent the spread of HIV/AIDS, identify a cure, and understand and mitigate the deleterious social and economic ramifications of the disease. Despite these efforts, and some apparent successes, there is still a long way to go in terms of altering behaviors in order to realize the objective of dramatic reductions in the spread of HIV/AIDS in Africa. The authors in this volume examine the HIV/AIDS crisis in Africa, which persists despite major strides in averting deaths due to antiretroviral therapy. They tell an important story of the distinct nature of the disease and its socioeconomic implications.