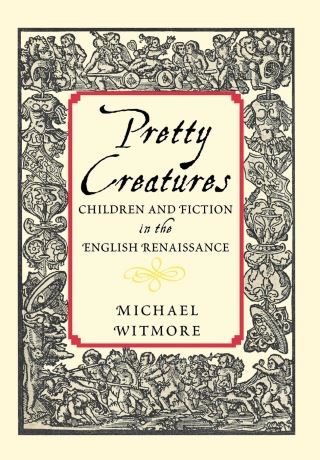 Children and Fiction in the English Renaissance

Children had surprisingly central roles in many of the public performances of the English Renaissance, whether in entertainments—civic pageants, children's theaters, Shakespearean drama—or in more grim religious and legal settings, as when children were "possessed by demons" or testified as witnesses in witchcraft trials. Taken together, such spectacles made repeated connections between child performers as children and the mimetic powers of fiction in general. In Pretty Creatures, Michael Witmore examines the ways in which children, with their proverbial capacity for spontaneous imitation and their imaginative absorption, came to exemplify the virtues and powers of fiction during this era.

As much concerned with Renaissance poetics as with children's roles in public spectacles of the period, Pretty Creatures attempts to bring the antics of children—and the rich commentary these antics provoked—into the mainstream of Renaissance studies, performance studies, and studies of reformation culture in England. As such, it represents an alternative history of the concept of mimesis in the period, one that is built from the ground up through reflections on the actual performances of what was arguably nature's greatest mimic: the child.