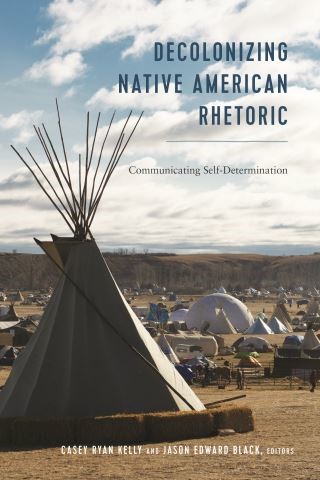 As survivors of genocide, mnemonicide, colonization, and forced assimilation, American Indians face a unique set of rhetorical exigencies in US public culture. Decolonizing Native American Rhetoric brings together critical essays on the cultural and political rhetoric of American indigenous communities, including essays on the politics of public memory, culture and identity controversies, stereotypes and caricatures, mascotting, cinematic representations, and resistance movements and environmental justice.

This volume brings together recognized scholars and emerging voices in a series of critical projects that question the intersections of civic identity, including how American indigenous rhetoric is complicated by or made more dynamic when refracted through the lens of gender, race, class, and national identity. The authors assembled in this project employ a variety of rhetorical methods, theories, and texts committed to the larger academic movement toward the decolonization of Western scholarship. This project illustrates the invaluable contributions of American Indian voices and perspectives to the study of rhetoric and political communication.