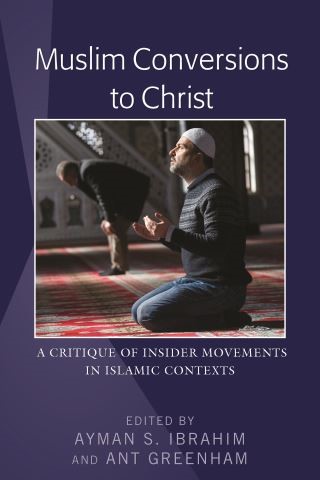 A Critique of Insider Movements in Islamic Contexts

Muslim Conversions to Christ focuses on the so-called Insider Movement (as promoted by certain missiologists). Drawing on international scholars and practitioners in the fields of the history and nature of Islam, the Qur’an, Christian-Muslim relations, biblical theology, and practical missiology, this book presents a solid academic rejoinder to the IM phenomenon. Moreover, it brings into the conversation the voices of believers from Muslim backgrounds (BMBs), Middle Eastern scholars, and missiologists living among Muslims in the Middle East and elsewhere. Readers will understand that Muhammad is not a prophet based on the Bible and that the Qur’an is not a scriptural guide for Muslims after their conversion. Rather than acquiesce in IM marketing ploys, such readers will be encouraged to stand in solidarity with BMBs who suffer for their faith.