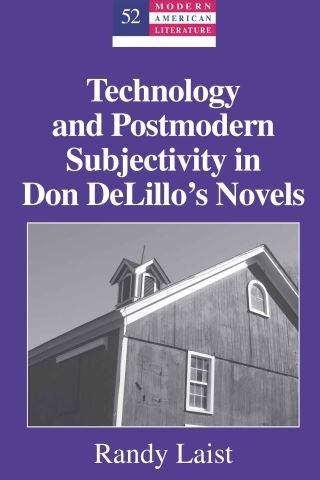 More than any other major American author, Don DeLillo has examined the manner in which contemporary American consciousness has been shaped by the historically unique incursion into daily life of information, military, and consumer technologies. In DeLillo’s fictions, technological apparatuses are not merely set-pieces in the characters’ environments, nor merely tools to move the plot along, they are sites of mystery and magic, whirlpools of space-time, and convex mirrors of identity. Television sets, filmic images, automobiles, airplanes, telephones, computers, and nuclear bombs are not simply objects in the world for DeLillo’s characters; they are psychological phenomena that shape the possibilities for action, influence the nature of perception, and incorporate themselves into the fabric of memory and identity. DeLillo is a phenomenologist of the contemporary technoscape and an ecologist of our new kind of natural habitat. Through a close reading of four DeLillo novels, Technology and Postmodern Subjectivity in Don DeLillo’s Novels examines the variety of modes in which DeLillo’s fictions illustrate the technologically mediated confluence of his human subjects and the field of cultural objects in which they discover themselves. The model of interactionism between human beings and technological instruments that is implicit in DeLillo’s writing suggests significant applications both to the study of other contemporary novelists as well as to contemporary cultural studies.