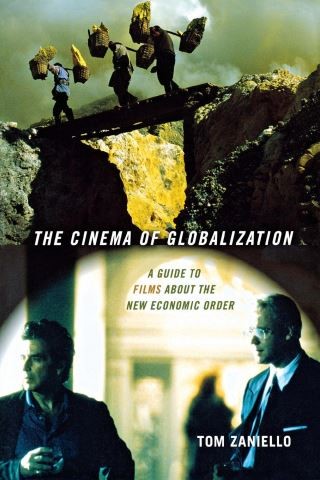 The Cinema of Globalization

A Guide to Films about the New Economic Order

Tom Zaniello's fascinating new guide to films about globalization—its origins, its relationship with colonialism, neocolonialism, the growth of migratory labor, and movements to counter or protest its adverse effects—offers readers and viewers the opportunity to both discover new films and see well-known works in a new way. From Afro@Digital to Zoolander, Zaniello discusses 201 films, including features such as The Constant Gardener, Dirty Pretty Things, and Syriana; documentaries and other nonfiction films such as Blue Vinyl, Darwin's Nightmare, and Wal-Mart: The High Cost of Low Price; online films; and television productions.

Zaniello casts a wide net to provide cinematic representations of globalization from all angles:

Each entry in The Cinema of Globalization offers a summary of the main issues in the film and their relationship to globalization, sometimes a reference to the film's place in a director's work or tradition of cinema, and an often-opinionated assessment of the film's strengths and weaknesses. Like the best film guides, this book is an addictive reading experience full of ideas for future viewing. At the same time, it serves as an inviting and accessible introduction to a difficult topic—the central themes and aspects of globalization.

To read Tom Zaniello's blog on the cinema of labor and globalization, featuring even more reviews, visit http://tzaniello.wordpress.com.