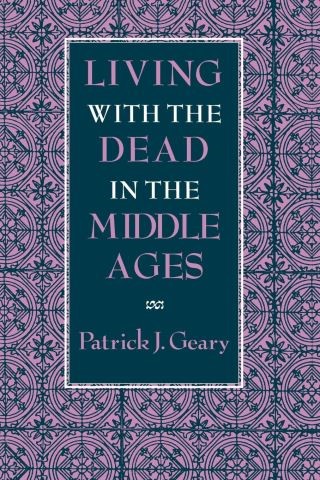 Living with the Dead in the Middle Ages

Whereas modern societies tend to banish the dead from the world of the living, medieval men and women accorded them a vital role in the community. The saints counted most prominently as potential intercessors before God, but the ordinary dead as well were called upon to aid the living, and even to participate in the negotiation of political disputes. In this book, the distinguished medievalist Patrick J. Geary shows how exploring the complex relations between the living and dead can broaden our understanding of the political, economic, and cultural history of medieval Europe. Geary has brought together for this volume twelve of his most influential essays. They address such topics as the development of saints' cults and of the concept of sacred space; the integration of saints' cults into the lives of ordinary people; patterns of relic circulation; and the role of the dead in negotiating the claims and counterclaims of various interest groups. Also included are two case studies of communities that enlisted new patron saints to solve their problems. Throughout, Geary demonstrates that, by reading actions, artifacts, and rituals on an equal footing with texts, we can better grasp the otherness of past societies.