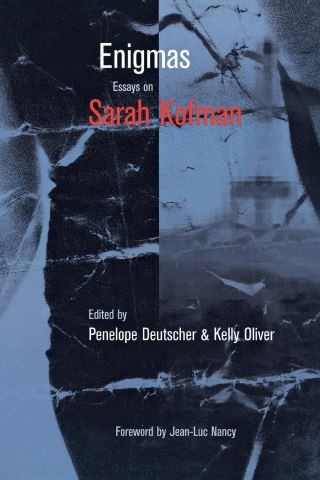 The work of the distinguished philosopher Sarah Kofman has, since her tragic death in 1994, become a focus for many scholars interested in contemporary French philosophy. The first critical collection on her thought to appear in English, Enigmas evaluates Kofman's most important contributions to philosophy, psychoanalytic theory, feminism, and literary theory. These insightful essays range from analyses of Kofman's first book, L'Enfance de l'art (1970), to her last, L'Imposture de la beauté (1995).

This unique volume represents the major themes in Kofman's scholarship: literature and aesthetics; philosophy and metaphor; women, feminism, and psychoanalysis; and Jews and German nationalism. Selected essays explore and diagnose Kofman's personal struggles as they are reflected in her writing.