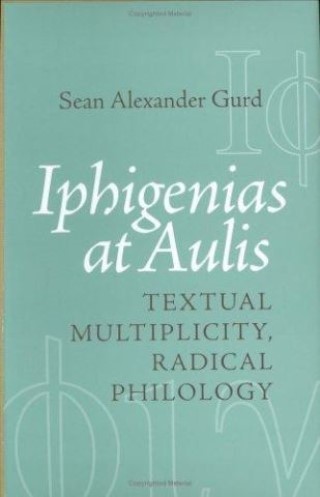 How should a literary scholar approach a text characterized not by stability but by variation and flux? This book offers a radical new perspective on the limits—and the accomplishments—of the modern traditions of textual criticism in classics.

Sean Alexander Gurd takes as his starting point the case of a single Greek tragedy by Euripides, one of his last. According to ancient accounts, the Iphigenia at Aulis was produced at the city Dionysia, the great festival of Athenian tragedy, sometime after Euripides died (between 407 and 405 BCE). Whether the text performed then was entirely the work of Euripides, and whether the version that appears in the manuscripts reflects either that performance or its defunct author's design, are unknown. But since the mid-eighteenth-century the mysteries and conflicting evidence concerning Iphigenia at Aulis have given rise to an array of different attempts to reconstruct the original, and every generation has seen a version of the play that is radically different from those that came before. Gurd pioneers a literary philology comfortable with this textual multiplicity, capable of reading Iphigenias at Aulis in the plural.

Regarding the dossier of successive editions of Iphigenia at Aulis as a symbol for the condition of modern textual reason, Gurd shows lovers of classical literature exactly how contingent the texts they read really are.